Home / Advice / Advice from some of SA’s top entrepreneurs

Advice from some of SA’s top entrepreneurs 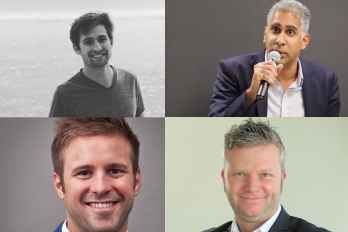 Start-up owners need to have the patience of a saint when dealing with corporates, says Sensor Networks founder Mark Allewell, who is currently juggling five Internet of Things (IoT) projects with various insurance companies.

Allewell was asked to offer some advice to entrepreneurs after securing one of the biggest deals of 2018 with R13-million investment by 4Di Capital. Last month, Allewell told Ventureburn: ‘From my experience, sometimes it’s good to be brutally honest with the corporate people who you deal with, as they are people as well, and if the relationship can’t take criticism, then it’s not worth having.’

One of the main issues faced by start-ups dealing with corporates is the apparent lack of urgency. Allewell says: ‘They are people the same as us, but because of their environment, personal financial security and layers of staff, they don’t have the urgency.’ Other entrepreneurs who were asked to weigh in were wiGroup founder Bevan Ducasse, who says the key to growing your start-up is to create a business in which people can thrive.

Matthew Henshall of SkillUp says the most important thing to do is keep trying. After working as an engineer, Henshall started three businesses in the space of a year. These included an education platform, a training-video site for engineers and an effort to install software at schools – none lasted longer than eight months.

Read the full article here for tips and advice from some of South Africa’s brightest minds in the start-up space.

Tags: 4Di Capital, SkillUp, startup, Ventureburn, wiGroup
We use cookies to ensure that we give you the best experience on our website. If you continue to use this site we will assume that you are happy with it.Ok